Give & You Will Receive! (An Inspiring Charity Story) 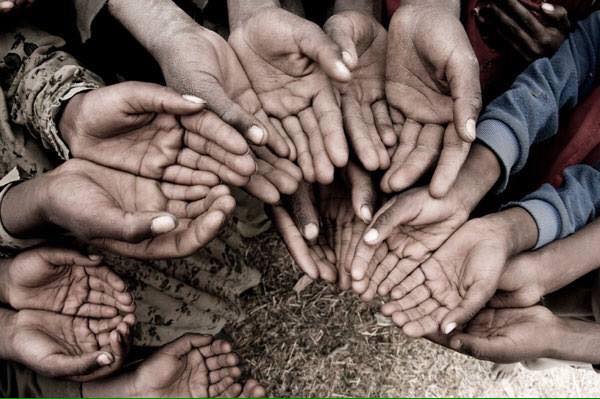 Call it a coincidence, but after these two amazing things happened to me in the last two days, there is no doubt in my mind as to why they occurred!

You can make of the following whatever you wish, but for me, it truly exemplifies the power of GIVING.

It also brings to life two sayings of the Prophet Muhammad (peace be upon him):

“Wealth is not decreased by charity, so give in charity…”

“Give charity without delay, for it stands in the way of calamity.”

As for the first saying, our scholars explain (and I’m giving an example), that of course when we have £10 and we give away £5, we physically only have £5 left. So how can this Hadith say that wealth is not decreased? From among the various explanations is that God will either reward us for it with more wealth in this life, or we will receive a much better reward in the Hereafter.

This week I experienced the former, and I pray that I also experience the latter!

So here’s the story:

We are currently in the last 10 days of the blessed month of Ramadan, and in attempts to reap it’s multitude of blessings, we are all – including myself – increasing our efforts of worship and doing good.

One particular act of worship I’ve decided to carry out in the hopes of catching Laylatul-Qadr, is to give a little in charity every night within the last 10 days.

But thanks to one thing I heard, and one simple follow-up action, I’ve experienced some form of return 2 days in a row!

The thing I heard from was from an Imam who said that in these last 10 days, we should give *even more* than we usually would or may even want to. We should push ourselves, outdo ourselves and aim for maximum rewards and blessings.

The one simple action I carried out was just that. The other night as I was preparing to donate online, although I had decided how much to give, for some reason I decided to give even more. Why? Simply to outdo myself and maximise those rewards.

But here’s the thing, and this is one of the main points it want to make here: due to some forthcoming expenses and how much money has and will be coming out of my account, I perhaps should have given a little less.

THAT’S the point though! Charity feels better and has more blessings when you give it, even when you feel that you shouldn’t due to the financial risk.

So what happened? I got it back (multiple times over) literally the next day!

Yesterday I sat at work and went through my inbox, filling out my monthly expenses form. Having slacked off with it for some weeks, it turns out that I was owed over £100 from the company. Whaaaat?! Of course, I was a bit surprised at that figure! And just like that, I’ll have more money added to my account today InshaAllah.

So just as I had given that little bit more the night before, and I got more back the next day. And yes okay, it was my own money, but the point is that the £100 has come at a time when I could really make use of it!

Here’s how it happened again this morning, literally moments before I began writing this status.

Last night I sat once again to donate. I had a number in my mind as I was donating, but once again, literally as I was going through the donation process I decided to increase it. Again, hoping to outdo myself!

So what happened this morning?! OK, quick spoiler: I didn’t find another £100 from nowhere!

What happened this time actually brings to life the second Hadith, in some way shape or form.

Conveniently, there are some shops close by, so as usual I stepped into the shop to grab some change. However, the bus was close to arriving and there were already 2 people in front of me in line. Time was a little tight. What happens? Of course the bus arrived before I could get change! So I accepted that I’d have to spend this £5.

As I’m about to step on the bus, I notice a woman behind me taking change from her purse. So I asked her if she had change of £5. She said she was sorry but she didn’t, and I told her that it’s okay.

She saw me with my £5 note and told me that the bus doesn’t give change, to which I pretty much said, “I know, it’s fine.”

What does she do? She takes out £2 worth of change to pay for my ticket. Whaaaat?! Complete stranger!

Now giving away 10, 20, or maybe even 50p to strangers as a nice gesture to help them is not unheard of. But she whipped out £2?!?! Even though I already had more?

So during my brief moments of shock at her kindness, I explained that I was only 4p short, and asked if she had something smaller. In the end she insisted that I at least take her £1.

She waited as I got my ticket, and I reached out to give her all of the remaining change. She absolutely refused to take the change back, and said it was fine. Of course I kept trying, but nope. “It’s only a few pennies”, she said.

Was this a beautiful act of kindness? Of course. Could it of happened to anyone? Yes. Would the same thing have happened to me if I didn’t give in charity the night before? God knows best.

I FIRMLY believe that because of my decision to not only give to charity last night, but to give MORE than I had initially intended, God saved me from this mini calamity of wasting £2.90. (And don’t laugh, yes that is a calamity okay! lol :P).

By God, I feel so amazing after these 2 experiences. It has seriously reminded me of the blessings of giving in charity.

Back around 2-3 years ago, I feel that my faith was stronger, and lots of beautiful things like this would occur more often. My prayers were accepted more, and life was beautiful. Since last year, my faith hasn’t been as strong, and things haven’t always gone my way. This is natural of course, but I really missed it.

I’ve realised that one the main differences between now and back then was that I was much more frequent in giving to charity in those days. And not the type of charity where you sit down, get the calculator out and decide how much you can afford to give. But the type of charity where you see somebody in need, you take your wallet out and give without thinking, with absolute FULL conviction that God will reward you, that He is in charge of your sustenance, and that this WILL come back to you in another form of good.

In these last 10 nights of Ramadan, I urge you to challenge yourself. When you take your card to donate online or when you open your wallet, ask yourself what your limit *should* be, and then give EVEN more. A challenge that one of my beloved friends and teachers once taught us, was to open your wallet/purse, take out the BIGGEST note, no matter if that’s £5, £20 or £100, and give it away to the person in need.

Our Whatsapps are going crazy with donation requests, and that’s fine. Choose whichever cause you wish, but please do NOT let a single night go by in these last 10 days in which you do not give. Keep this mindset outside of Ramadan too, of course.

And don’t forget, everybody has different giving abilities. £10 in your eyes may be a LOT, whereas for somebody else it’s pennies. So give that which YOU can, and God will reward you heavily according to your intentions.

Lastly, although this wasn’t the primary purpose of this post, since we’re on the subject on charity I may as well throw this in!

As mentioned before, the wonderful folks over at Ramadan Legacy are fundraising to build water wells for those in desperate need in Qalamoun, Syria. Women, children and new born babies do not have access to clean water. These two wells will make a HUGE difference. Previously the goal was to build two wells, but by the Grace of Allah (swt) and the generosity of you all, they have surpassed the target to build FOUR wells!

You can help to provide even more water by clicking here:

May you all be blessed 🙂

Transform the Way You Pray Salah

Can't focus during Salah? This FREE eBook is packed full of tips on what to do before, during and after the prayer to transform your Salah experience and strengthen your connection to Allah (swt).

You have Successfully Subscribed! 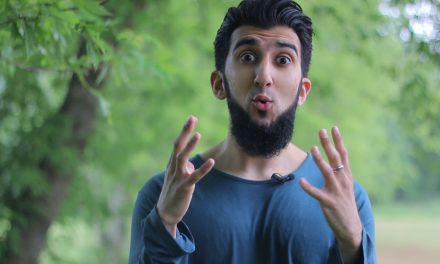 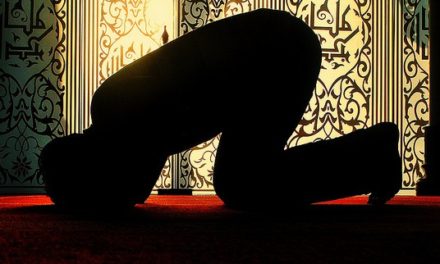 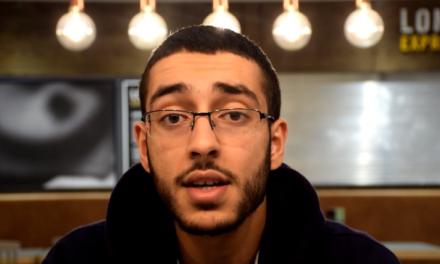 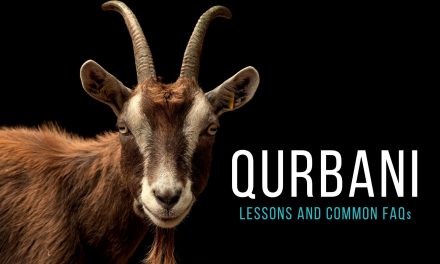